Of Soulmates And Twin Flames 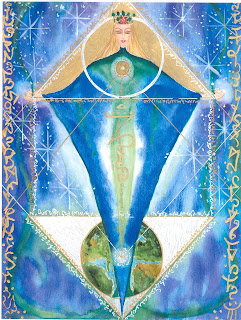 The beliefs around this subject are the purpose of my meanderings this morning, a day with the energy of 7, a good day to express my inner truth, a day of creation and ending of cycles, and this question has been reawakened in me as I watched one of my old times favorites, a movie about twins who trade places to know their divorced parents in the hope of reuniting them, a charming little Disney movie which has held an inordinate amount of interest for me as I simply NEVER tire of watching it and the tears flow when they finally recognize each other as twins. For many years now, I have been puzzled by the fact that I have felt this movie had a very special message for me, never quite fully understanding it till this morning.

I was married for twenty five years to a beautiful man, my life partner and he passed away sixteen years ago, leaving me to uncover a truth about our love grander than I could ever have imagined when I met him at the age of twenty one and I simply knew he was the one. After the life changing event of his passing, in the process of remembering my Godhood, I reawakened the memory that he and I were/are but Two of One. In the history of this planet, sometimes we have come in body as two, sometimes as One, Lemuria was one of those times.

I came to remember that I Am the one who brought him into Being to be the mate of my Soul, to be my partner in life, so in this sense He is my son as well. Yet our partnership, our relationship felt grander, larger than that of a Soulmate's, our partnership was/is a service of Love to the One Love. In him I recognized my own Divine Masculine and in me He saw his Divine Feminine. In the reflection of the Love between Divine Feminine and Divine Masculine, we were/are One. And so the question arises for me, is everyone able to carry the Twin Flame frequency or is it a choice? And I am not one to place limitations on energies of the quantum realms, yet there is a feeling behind this choice that demands a certain level of .... is remembrance the word I am looking for? There is a feeling of a Service which is grander, more all encompassing than that of the coming together of Soulmates, and perhaps it is because Soulmates come together for the purpose of clearing issues of the "past" whereas a Twin flame does not, it is a divinely connected vibration that brings great clarity, free of any encumbrances, yet by choice takes on memories of "past" experiences for the purpose of lowering One's frequencies so one is able to anchor in this dimension.

And how does this affect my two daughters, one who brought the energy of completions and the other of new beginnings? Just as I became aware of the fact that I was created from the Love of two as One as "I" came through the bodies of both my parents at the time of conception, so it must be that both my daughters carry the balance of the Twin Flame frequency.

Yes, in the terms accepted by the spiritual community, He would be called my Twin Flame, yet this term is inappropriate for it is not that he is my Twin Flame, it is that He is the masculine aspect and I am the feminine aspect of the Twin Flame vibration.and this again has been brought to my attention as I wondered about my fascination with the movie and I realized that just like those identical twins, One aspect is able to know the Father vibration, the physical, and the other aspect, the Mother vibration, the void. As I stand as the Mother in the physical, I am an epitome of the return of Divine Mother to Earth and He stands as the Father yet the Son in the Ethers, each whole in the other. Indeed we have traded places, for previously it was Him, my masculine aspect that walked this earth, and it is I, the Feminine aspect that remained in the Ethers. And now I dare to venture that this explains the story of the virgin birth, is it possible that the One called Jesus came as the Masculine aspect of the Twin Flame and His Mother represented the Feminine aspect? And each was whole in the other and yet she was also outside of him, as Mary of Magdalene, both within and without, as one cannot be without the other.

Through the remembrance that He and I cannot be separate, I stand among the Ones exemplifying the Truth of an Eternal Union.

In my quest to understand a fascination, so I received an answer, and as always it is of the wondrous kind. and now I fully understand the meaning of a portrait (on top of the page) I painted many years ago that represented my own SoulSelf, a gigantic Being whose vibration reached from the Earth all the way into the Heavens, the feet on the Earth within a downward silver triangle and the head and outstretched arms within an upright gold triangle in the Heavens.

The time has come for us to reach outside of the set boundaries, the frequencies of the New Earth are upon us. It is time to let go of many previously held beliefs and come from the deep inner Knowing that it is only in consciousness that the separation has been experienced as a game of pretense. At no time, in no other way has there ever been a separation from what is impossible to part in the first place. How can one separate the head from the feet? Is the head not always in communication with the feet, and are the feet ever unaware of where the head wishes to go?

As I fully remember through my Humanness that it is only in this illusion we call reality that He and I appear as separate entities, in Truth we are but One, I am a Twin Flame, that is the frequency of my vibration and it is a God frequency and I want to laugh out loud as I marvel at the message brought by my new kitten, I named him Misha, short for Michael in Russian, or One who is most like God, and he is a Flame point Himalayan!

And now another truth is unveiled. I have known for a while that I live in two worlds, I Am experiencing life on  Earth as I am experiencing Life in the non physical realms, I  Am in two places at once, no wonder I live with great awareness and in this I recognize another gift behind my beloved husband's passing, and I am reminded of the words of "Ode To Love": "I Am but a reflection of you my Love, as beautiful as I Am to you, so you are to me....and when you Know this in your Heart, we shall  be together again, for I Am but a reflection of you"

And so this has brought me to the next step, as I end this post on an 8 day, a day of infinite possibilities and abundance, I access a much deeper understanding of the message of my portrait. I now know in the heart of my Heart that I Am but one Being, my Human self as the feet on the Earth, and my Divine Consciousness as the head in the Heavens. As I ground the Heavens on Earth and bring Earth's consciousness to the Heavens, so the door is opened wide to allow for the remembrance, the Knowing that none of us experiencing life such as we know it through our physicality are separate from one another, and in this place of no space or time, where linear time melts into eternity, the Finite meets the Infinite, individuality dissolves and I Am able to see and Know there IS ONLY ONE LIFE.
www.mariececile.com
Posted by Marie-Cecile at 8:22 AM No comments: